It was time for the annual “book character parade” at school this week. Kids get to choose a book and dress up as a their favorite character in it.  My 8 year old son really challenged my creative mind by asking me to make a  “Solar system costume” for him.

For a moment I truly though about changing his mind about it, but then I noticed he was holding his favorite book. The one I got for him in a garage sale when he was just 2 years old, and that still sits by his bedside table among his favorite night time books to read. At the time I bought it because it looks like a real vintage- treasure book…and surely was. Published in 1963 , Is my understanding that “Our planets and it’s planets”  by Angelo Rocca is not longer being printed.

With so little time to go and still recovering from a surgery myself I couldn’t afford to go to the shops, so I took the challenge.
I decided that the fastest way to go was to hunt for ideas in the web,  put a few of them together and use what I already had at home.
So that’s what I did! and this are the results I must advice that what looks like a simple DIY project could turn into a nightmare if you don’t have a silicone glue gun.

Sadly, mine had some how disappeared from my crafty corner and so I tried spray adhesive glue. The process became so complicated and frustrating that I couldn’t take pictures to guide you through a tutorial, and some of the orbits came undone right at the end of the parade at school.
I will still post some general  ideas in how I did it and will give some suggestions at the end in how I would have done it if I had the chance to get the right materials, hoping that you will get better results if you want to adventure in a similar project. WHAT WOULD I HAVE DONE ( in a perfect world)

Aw!!.. crafting is one in a kind of adventure! This one was a messy one but ended up looking really good!

Good luck with yours! 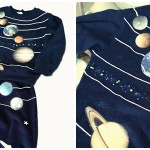 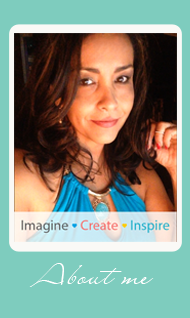 Welcome! "Color &Love"  is where I share some of the home projects, creative ideas and thoughts that inspire my everyday journey as a mother of 4 children.      I am a lover of recycling, inexpensive DIY projects and craft tutorials.  One of my passions since childhood always … END_OF_DOCUMENT_TOKEN_TO_BE_REPLACED